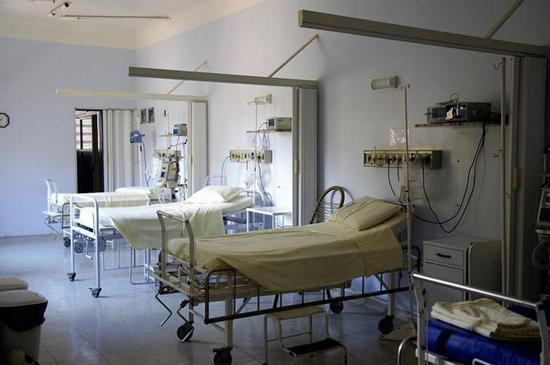 An extraordinary and terrifying medical case revealed in the July issue of the?American Journal of Transplantation?proves that organ transplants can pass not only certain infectious diseases to recipients, but in rare cases, also cancer.

Patients known to have malignant tumors are often not able to donate their organs, but that was not the case of a 53-year-old woman who died of a stroke in 2007. She had no known conditions that could prevent doctors from transplanting her organs, and repeated tests revealed no sign of cancer. The woman’s kidneys, lungs, liver and heart were transplanted into donor recipients, but instead of saving their lives, they infected four of the five recipients with cancer, while the fifth died of unrelated causes shortly after the transplant.

The four organ recipients had recovered well after the transplants, but 16 months later, the woman who had received the donor’s lung fell ill and was subsequently diagnosed with cancer in the lymph nodes in her chest. Unfortunately, we live in an age when someone is diagnosed with cancer every couple of minutes, but what made this case remarkable was that tests showed the cancerous cells were actually breast cancer cells. Further DNA analysis revealed that they had come from the organ donor.

The lung recipient’s cancer spread and she died about a year after her disease was discovered. At the time, the remaining three organ recipients were notified that the deceased had become infected with cancer from the organ she had received, and advised to get themselves tested regularly just to make sure the same thing doesn’t happen to them. Unfortunately, that wasn’t enough…

In 2011, four years after the transplant, the liver recipient was diagnosed with breast cancer cells in her liver. She was given the option of undergoing another transplant, but she refused for fear of potential complications. She opted for radiation treatment, which proved successful at first, but the cancer returned, and she died in 2014.

The person who had received the left kidney in 2007, was diagnosed with cancer in 2013, six years after the transplant. The disease had already spread to several organs when it was discovered, and the patient passed away two months later.

The right kidney was transplanted into a 32-year-old man. In 2011, tests revealed breast cancer cells in his transplanted organ, but he underwent another surgery to have the kidney removed, underwent chemotherapy and stopped taking medicine that suppressed his immune system. He has been cancer free for 10 years.

"Many reports have shown that cancer transmission can occur in solid organ transplantation,” the authors of the recently published case note wrote. “However, this is the first report describing breast cancer transmission after a multi-organ procedure from one donor to four recipients.”

It’s worth pointing out that while terrifying, this case is incredibly rare. Dr. Lewis Teperman, director of organ transplantation at Northwell Health in New Hyde Park, New York, writes that passing cancer through organ donation is “very uncommon”, with chances varying between 0.01 and 0.05 percent.

It’s not clear exactly how the breast cancer remained undetected during the screening performed before the transplants, or how it was able to grow in each of the four patients. Researchers believe that the donor may have had “micro metastases”, groups of cells too small to be detected by imaging tests, and that immunosuppressant drugs played a part in helping the cancer spread. Such drugs are taken by organ recipients so that their bodies don’t reject the new organs, but that means that the cancer cells aren’t rejected either.

"This extraordinary case points out the often fatal consequences of donor-derived breast cancer,” researchers concluded, “and suggests that removal of the donor organ and restoration of immunity can induce complete remission.”